A REAL ESTATE APPRAISAL IS A PROFESSIONAL OPINION.

Appraiser Associates of Louisiana, Inc. employs a team of three licensed appraisers, including two Members of the Appraisal Institute (MAI). With over 75 years of combined appraisal experience, our team offers the expertise to provide a thorough and supported opinion of value.

We are professionals and do quality work delivered on time. Our professional support staff expedites reporting and ensures prompt response to opportunities and projects.

An opinion of value is only as good as the qualifications and experience of the person delivering the opinion. At Appraiser Associates of Louisiana, we set ourselves apart through our commitment to education and to thorough research above and beyond the standards for commercial appraisal services.
Here's how:

Our Team of Professionals

He has previously served on the faculty at University of Louisiana-Lafayette having taught Money & Banking and Economics for three years. He also worked in the banking industry for seventeen years (teller, loan officer, appraiser, president). During his banking career, Russ performed many residential & commercial appraisals.

In 1986, Russ joined the Fleming Appraisal Company and performed right-of-way appraisals for the Louisiana Department of Transportation & Development. He obtained the MAI (Member of the Appraisal Institute) designation in 1989 and formed his own company, Astor Appraisal Service.

In 1995, he joined the Mark Cowan Appraisal Services ﬁrm in Taos, New Mexico. Two years later, he returned to Louisiana and worked brieﬂy with Saturn Appraisal Services. Then in 1999, he formed Appraiser Associates of Louisiana, Inc., where he has served as president and owner. In the construction business, Russ formed Russ Wilson Custom Construction in 2005 and Formed Wilson Construction & Design in 2012.

During the past 45 years, Russ has performed thousands of appraisals of all types of properties (residential, commercial, industrial, special use properties including: golf courses, alligator farms, chemical plants, car washes, etc). He has also developed residential subdivisions and constructed a number of speculative high cost residences. His work centers in "Acadiana" but he has performed assignments in most Louisiana parishes, as well as Texas, Mississippi, Colorado, and New Mexico. Glenn A. “Rusty” Wilson III has been with Appraiser Associates of Louisiana since 2006. He earned his MAI (Member of the Appraisal Institute) designation in March of 2021. He holds both a Bachelor’s Degree in Training and Development (1998) and an MBA (2001) from Louisiana State University. Prior to joining his father at Appraiser Associates of Louisiana, Rusty worked as a Senior Auditor at AAA (San Francisco, CA), a Consultant at Accenture (Sacramento, CA) and a Market Analyst at VedaLabs (Baton Rouge, LA). Rusty is also a graduate of Leadership Iberia 10 and actively volunteers through the United Way.

Caroline W. Landry has been with Appraiser Associates of Louisiana since 2011. She holds a Bachelor’s Degree in Communication Studies (2004). Prior to joining Appraiser Associates of Louisiana, Caroline worked at Tech Oil Products, Inc. (New Iberia, LA ), Thomson Reuters, and Cintas Corporation (New Orleans, LA). She is an Associate Member of the Appraisal Institute and the Realtor Association of Acadiana. 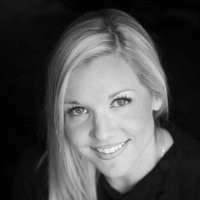